How both of us met the Hang first 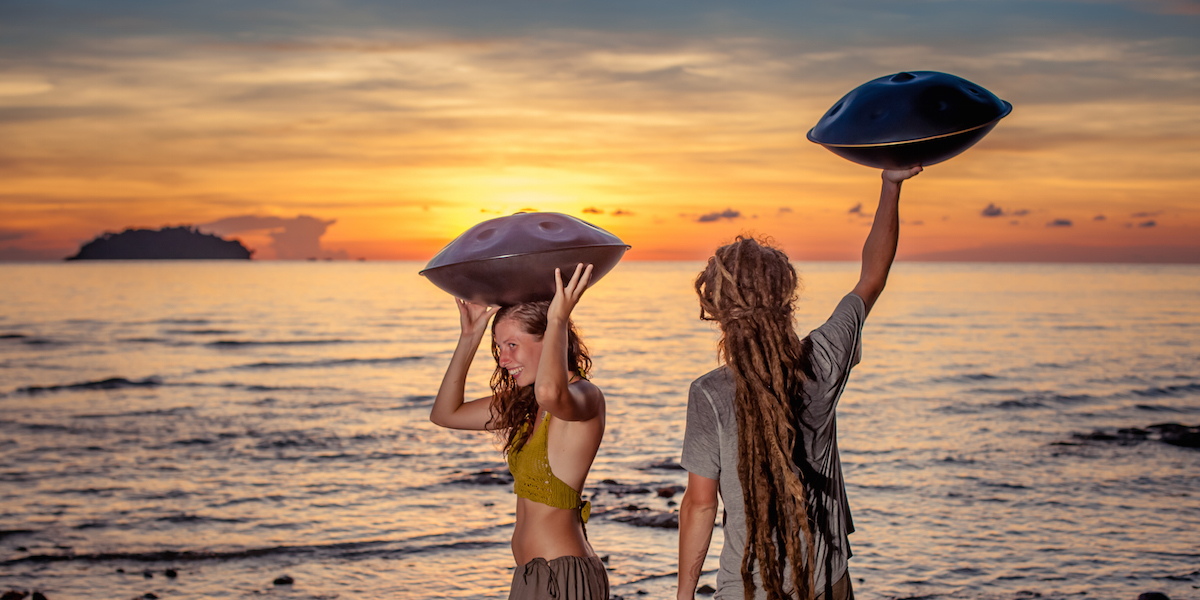 How both of us met the Hang first

Summer 2005, Corsica. I’m (Jaron) playing Djembe and Didge in the Corsican Macchia when an old Frenchman comes up to me and starts talking to me in french. Takes me a little while to make him understand that, although I’m telling him in french that I don”t understand french, I really don’t understand french.

So after a while he just ‘signs’ me to follow him, with my instruments. It turns out, he just wants to listen to me jamming with his friend, who is the Swiss percussionist Beat Föllmi (what a brilliant first name for a drummer, huh). Amongst other, partly self-built sound-curiosities, Beat has a Panart Hang with him. The rest is history – I fell in love and managed to visit Panart in March 2006 to get my first Hang…

In May 2010, I (Sam) wrote to my biological father for the first time (I’m adopted). He sent me a video of himself on YouTube:

To give insight into who he is. Curious, I watched and listened to this video with a million thoughts. ‘What on earth is that instrument he is playing?’, ‘Wow, we have the same nose!’ For me, the ‘story’ of meeting the hang for the first time was so much more than discovering a new instrument – I had a whole new insight into my history.

We then met for the first time a few weeks later and played Hang over a BBQ lunch in the forrest of Cannock Chase, Staffordshire, UK. It was a day filled of wonder. My ‘falling in love’ with these instruments was slow and steady.

It was not until the end of 2012 that I had my first handpan, although this was a Bali Steel Pan and did not fully satisfy me, it was fun for a short while and I was definitely ‘hooked’. However, in Early 2013, Ezahn (builder of AsaChan, Echo Sound Sculpture) contacted me to ask if I wanted one of his instruments, naturally I was over the moon…